Thomas Kramer is a 33-year veteran of the Commercial Real Estate industry throughout the US. In 2013 Mr. Kramer founded TDK Commercial Advisors (“TDKCA”). A national boutique commercial real estate firm that specializes in representing select clients throughout the US. He is an expert negotiator and provides detailed quantitative analysis through his team of financial analysts. His ability to analyze a marketplace and match those findings with a client’s needs is of tremendous value to his client base.

Before founding TDKCA, Mr. Kramer was with JLL, Inc. which he joined in 2008 as a Senior Vice President and was promoted to Executive Vice President in the Philadelphia office. During his tenure he exceeded target revenue by more than 100% on several occasions and garnished many national and local awards.

Mr. Kramer began his commercial real estate career in 1990 with Helmsley-Greenfield. In 1993, he joined a regional firm that grew from 7 people to over 50 and he was acknowledged as the firms top producing broker 5 times. He then left to take on the challenge of starting a well-established boutique firm’s Center City, Philadelphia office. While Principal in charge of the Philadelphia office, he grew the office from its inception to over 2,000,000 sf in project leasing and over $40M in sales/leasing value. In total, he has completed over $2B in transaction value and represented over 15 million square feet of regional and national properties.

Mr. Kramer is the founder of Racing to Register (www.racingtoregister.org) a National not for profit organization that registers people as potential bone marrow donors. So far RTR has registered over 5,500 people and had 84 matches which resulted in 14 transplants. Mr. Kramer is also the founder of City Swab (www.cityswab.org) the only annual one day national bone marrow donor drive in existence. He is also a mentor with the Philadelphia Futures program. Mr. Kramer is an avid endurance athlete having completed more than 110 events around the globe including the Ironman World Championship in Kailua-Kona, Hawaii. He is a graduate of Franklin and Marshall College, Lancaster, PA. and lives outside of Philadelphia with his wife Pamela, a former senior corporate executive and now entrepreneur and investor. 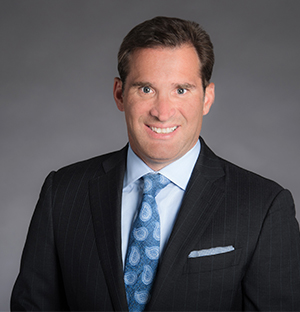